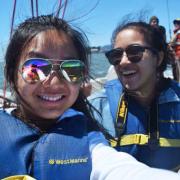 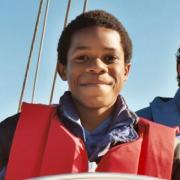 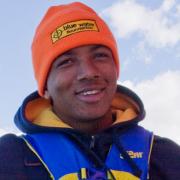 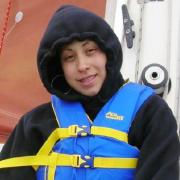 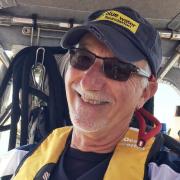 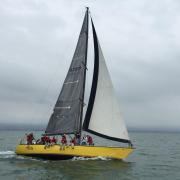 In the early days of Blue Water Foundation, one volunteer sailor, a San Francisco police officer, was on duty one night and found himself surrounded by a hostile group of youth. He had called for backup and was just reaching for his gun when he heard a voice call out from the back, "Hey, he was on the sail with us! He’s all right…” A moment’s pause….then the crowd dispersed.

The officer never tired of telling that story.

For over thirty years, Blue Water Foundation (“BWF”) has operated as an all-volunteer nonprofit corporation, taking under-served and at-risk children sailing on the San Francisco Bay.

Working with the San Francisco Police Department Wilderness Foundation, BWF’s first students were taken sailing on the 43-foot cruising cutter, Benjamin Walters, in early 1990. Officers Walt Scott and Tim Foley, now both deceased, began the Wilderness Foundation with the backing of their Chief. Their concept sought to establish friendly relations between at-risk youth and the police patrolling their neighborhood. They accomplished this by having officers take children on various wilderness outings, from day hikes and kayaking to backpacking in the Sierra. Sailing was an obvious addition to their activities. The Wilderness Foundation still exists today and continues to work with BWF.

Blue Water Foundation incorporated as a nonprofit corporation in 1992. As time went on, The San Francisco School District saw how well children reacted to the adventure of sailing and expressed a desire to begin their own program with BWF. Over time, more and more schools asked to participate. Eventually every public middle and high school in San Francisco was given a day on the bay on a BWF boat, often, but not always, with police officers on board. This program remains a regularly scheduled event for all the public schools of San Francisco and is the backbone of BWF’s efforts.

Around 2012, BWF further expanded efforts to include programs for incarcerated children, creating a three-month course which teaches these youth sailing. Upon completion, the children participate in a graduation ceremony for themselves with the opportunity to invite their families and friends to attend. Part of that graduation includes the students taking their families out on BWF boats to show what they have learned. The pride exhibited by these students, and their families, during the ceremony cannot be overstated. For many, it is the first graduation certificate they have ever earned.

BWF currently works with the juvenile probation departments of Alameda County, San Francisco County, Contra Costa County, El Dorado County and Marin County. The probation officers have stated that the BWF program is the most popular learning event for their students. Volunteer crew members of BWF have observed that probation students are by far the best natural sailors BWF takes out.

As one student observed when asked why they are so naturally good at sailing, “A boat’s crew…it’s like a good gang, isn’t it?”

He’s right. Working together as a team, crewing a boat, helping each other when needed, all while surrounded by nature, fosters the formation of a close-knit group that cares for and respects one another.

A probation officer pointed out that many of these incarcerated students were expelled from all school sports teams, and often expelled from school entirely. Mastering sailing skills as a crew, a team working together, is precisely what they have missed out on. BWF hopes to start a racing team with these students in the near future.

BWF also offers scholarships and internships to the probation students, working with local foundations, such as the Sategna Foundation, to provide vocational scholarships.

In the early days of BWF, only volunteers’ boats were used. Then, in 1997, Golden Bear, a 46-foot open ocean racer (formerly Bravura, twice winner of the Transpac) was donated to the organization and, after re-powering her and various other improvements, she was (and remains) berthed in San Francisco.

Also berthed in Berkeley, the fleet is rounded out with Aleta, another 46-foot ocean racer, which was donated to BWF.

Over the years, members have often made their own vessels available for taking children out from time to time, but as of 2021 most sails are on Golden Bear, Aleta, and Benjamin Walters.

BWF offers children the opportunity to be at the wheel of an open ocean racer or an open ocean cruiser. Sails are all on San Francisco Bay, rain or shine, and BWF provides safety gear and appropriate foul weather gear for all students. Life vests must be worn on board at all times.

In over thirty years BWF has not had a single injury to either boats or passengers and has taken over thirty five thousand children sailing.

BWF has never had a single paid employee. The organization has been all volunteer run since inception. There are currently no established grants or governmental funding. BWF exists through voluntary donations and the hard work done by volunteers who keep the boats maintained and safe, often using their own funds to buy parts.

Volunteers are all certified by a formal program of check out sails and training and can work themselves into the positions of Certified Crew, Second Captain and, with some effort, First Captain. All sails with children require a minimum of three Certified Crew, and a First and Second Captain.

BWF conducts live overboard drill practices in which volunteers leap into the bay to be rescued as part of the certification process. One cannot become a First Captain without all the existing First Captains approving.

Many volunteers have been with the organization for decades. Many are Certified Crew or are in-process of being certified, attending sails as guests. One newly certified volunteer commented, “Once you see the faces of these kids when the boat first heels over or when they are at the wheel…it changes you. It’s addictive. You want to see more and more kids ‘get it.’”

It’s not the sailing that is BWF’s goal, it is the connections. Exposing children to a wild world of wind and wonder, while showing them that adults care enough about them to give them the experience of this world is at the heart of the organization.

A typical question from students on probation sails has been, “Who is paying the crew to take us sailing?” The students are shocked when they hear the adult volunteers for BWF are unpaid and take them sailing because they want them to experience the world of sailing. What’s more, they are moved to learn that there are people who do care about them. Not long ago, one student softly muttered to a crew member, “You’re the first adults not getting paid to be with me…”

The reason school districts and probation departments want BWF programs to continue is precisely because BWF demonstrates to students not just the wonder of nature but the fact that there are adults who care about them, their future, their feelings, and their lives.

The board and sailors of Blue Water Foundation (BWF) feel it is necessary to directly and simply say: Black Lives Matter. We have been dedicated since our founding in 1992 to taking under-represented and at-risk youth sailing with the explicit understanding that these youth are preponderantly of color.